Home WHERE R U FROM

WHERE R U FROM - SEUNGRI Feat. MINO)

Where R U From ringtone arrtist by Seungri. Seungri has confirmed that it will be a very unique song when he joins the MINO (Winner). Where R U From was officially released on July 20th, marking the return of Seungri’s long absence. In particular, this ringtone is cut from iRingtones from the best part of the song, which gives your phone a perfect ringtone. 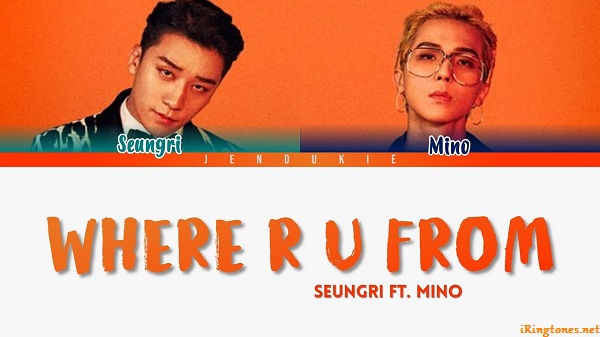 Lyrics: Where R U From ringtone – Seungri.

[Pre-Chorus: Seungri]
Listen to me
Hey we go hard attention
Hey we go high attention
You and I have met
And have grasped the end of this night
Male, female, young or old
The two of us and everyone else, let’s party